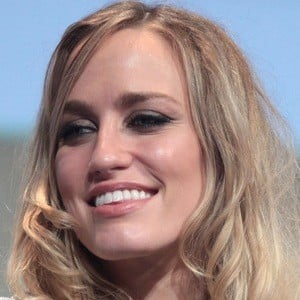 Best known for her portrayal of Dutch Velders in The Strain, Gedmintas was also known for TV roles in Lip Service, Do No Harm, The Borgias and Spooks: Code 9.

She trained at the Drama Centre London.

Her first television acting role was a guest-star in an episode of The Walking Dead.

Her mother was English and her father was Lithuanian. She dated Luke Treadaway.

She and Rupert Penry-Jones were both cast in FX's The Strain.

His Dark Materials
The Strain
The Borgias