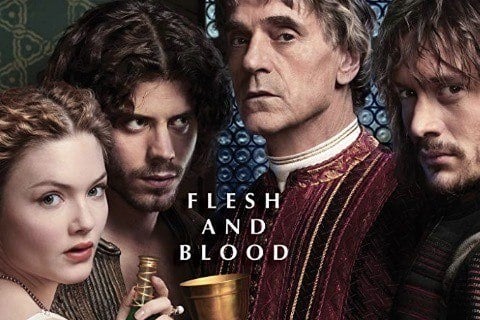 Historical-fiction series set around the turn of the 16th century and centered around the Borgia family. It was created by Neil Jordan.

The series was canceled in 2013 after three seasons and 29 episodes. Jeremy Irons was Golden Globe nominated for his performance. The series won Emmy Awards for Outstanding Costumes and Outstanding Original Main Title Theme Music, and was nominated for numerous others.