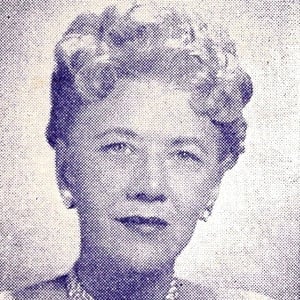 American pioneer of daytime television talk shows. She is particularly remembered for her work on such radio and television programs as Your Sunday Matinee and The 50/50 Club.

She began her career as a broadcaster with the WSAI AM radio station in Cincinnati, Ohio.

She established the Ruth Lyons Christmas Fund, a foundation that provided toys and supplies to hospitalized children.

After divorcing John D. Lyons, she married University of Cincinnati English professor Herman Newman, with whom she raised a daughter named Candy.

A young David Letterman appeared on her show, as did many other future celebrities.

Ruth Lyons Is A Member Of