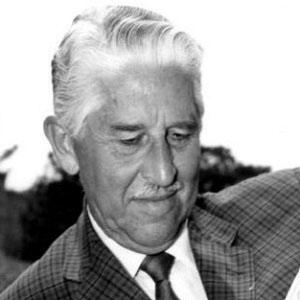 Zoologist who hosted the long running television series Mutual of Omaha's Wild Kingdom from 1963 to 1985.

He worked as the director of both the Buffalo Zoological Park and Lincoln Park Zoo in Chicago.

Marlin Perkins Is A Member Of