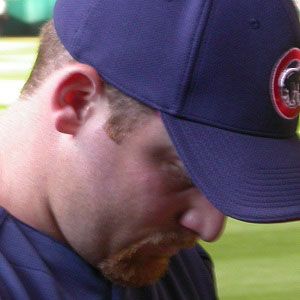 MLB journeyman pitcher who made his first All-Star game in 2000 while a member of the Florida Marlins.

He was selected in the third round of the 1995 MLB Draft by the Texas Rangers, and he was traded to the Marlins the following year.

As a member of the Chicago Cubs in 2008, he had one of his best seasons, winning 17 games while posting an ERA under 3.

He married Jenny Dempster in 2003, and one of the couple's children, Riley, began suffering from a health and developmental issue.

He won a World Series in 2013 with the Boston Red Sox, while teammate David Ortiz was named MVP of the series.

Ryan Dempster Is A Member Of