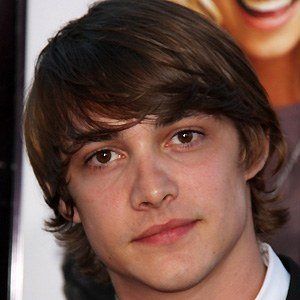 Texan actor who is known for his season three role of Johnny Harper on the popular teen drama The O.C. He also had a lead role in the 2011 film Rites of Passage as Nathan.

His debut on screen came in 2001 when he played the eponymous car thief of The Car Thief and the Hit Man.

He is also a musician and played drums for the band, Pagoda and later performed with the Re-Percussionists.

He is the middle brother in between the older Matthew and the younger Joseph.

He and Emile Hirsch were both in the films The Mudge Boy and Imaginary Heroes.

Ryan Donowho Is A Member Of