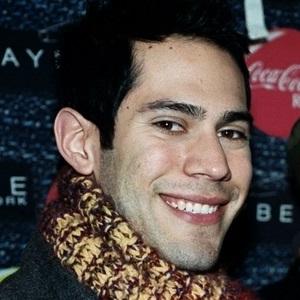 Original drummer for the Grammy Award-winning band Maroon 5, who stayed with the band from 2001 until 2006. He was replaced by Matt Flynn, Maroon 5's touring drummer at that time.

He came together with Maroon 5 members Adam Levine, Jesse Carmichael and Mickey Madden to form a band called Kara's Flowers in 1994. They originally met at the French Woods Festival of the Performing Arts.

He produced the debut album for a band called Former Future in 2011.

He is from Los Angeles and is the grandson of Hollywood makeup artist Jack Dusick, as well as a cousin of David Farentino.

Ryan Dusick Is A Member Of