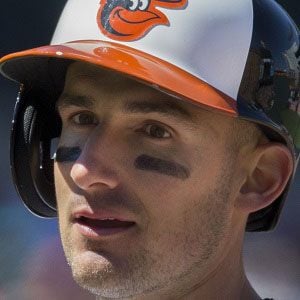 Infielder and designated hitter who made his MLB debut for the Baltimore Orioles in 2012.

He was named Maine's Mr. Baseball and was a finalist for the Fitzpatrick Trophy as a three-sport athlete at Deering High School.

He was a Second-Team All-SEC selection while playing Division I baseball at Vanderbilt University.

He became teammates with Manny Machado on the Baltimore Orioles in 2012.

Ryan Flaherty Is A Member Of