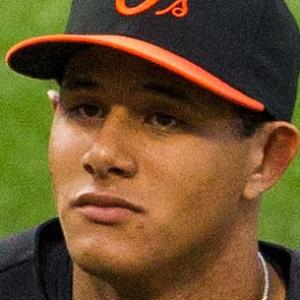 Dominican shortstop and third baseman who made his MLB debut with the Baltimore Orioles in 2012. He was named to his first All-Star game in 2013, the same year he also won his first Gold Glove Award. In 2018, he was traded to the Los Angeles Dodgers. He then signed with the San Diego Padres in 2019.

He batted .639 during his senior year of high school in Miami, Florida.

He played two years in the minor leagues before being called up to the Baltimore Orioles.

He was raised with one sister by his mother and uncle. In 2014, he married Yainee Alonso.

He became teammates with Chris Davis on the Orioles.

Manny Machado Is A Member Of