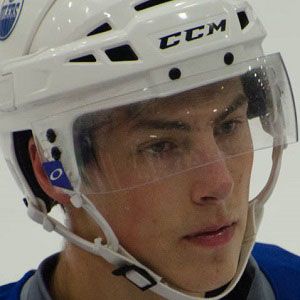 Center who was selected first overall in the 2011 NHL draft by the Edmonton Oilers.

He had a very successful rookie season and would have played in the All-Star game had he been healthy enough to take the ice.

His parents are Roger Hopkins and Deb Nugent. He has an older brother named Adam.

He was the first overall pick in the NHL Draft, like 2005 top selection and Pittsburgh Penguins star Sidney Crosby.

Ryan Nugent-Hopkins Is A Member Of