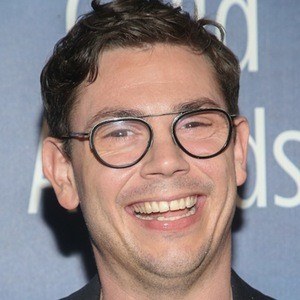 American actor who is known for his work as the writer, creator, and star of the Netflix first 15 minute sitcom Special. He also wrote the memoir, I'm Special: And Other Lies We Tell Ourselves. He also worked as a TV writer for Awkward and Will & Grace.

He attended school at the New School in New York and from there started writing for several blogs including Thought Catalog. He gained further attention when he landed a book deal with Simon and Schuster. Through his book agent, he got a TV agent at UTA.

He was featured and interviewed by several major press outlets for his series Special, including GQ and Vulture.

He was born and raised in Ventura, California. He was involved in a car accident at the age of 20, which caused him to get cerebral palsy.

He starred alongside Jessica Hecht and Augustus Prew in his Netflix original series Special.

Ryan O'Connell Is A Member Of