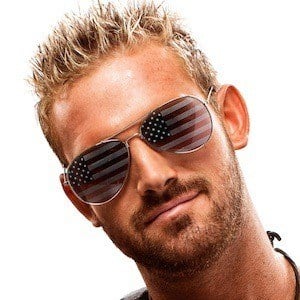 Country Music Television reality personality from the show Party Down South who works as a professional diver. He is also a trained pilot.

He turned down offers to be on varying other reality shows in years prior to appearing on Party Down South.

He racked up social media fame to go along with the reality show fame, accumulating more than 70,000 Twitter followers.

He grew up in Whitesburg, Georgia and would move to Orange Beach, Alabama.

He is joined by Raven Stein on the show Party Down South.

Ryan Richards Is A Member Of