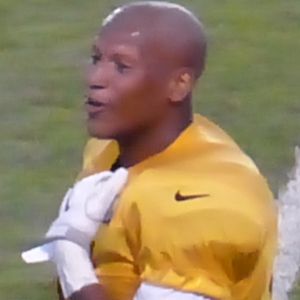 Linebacker who was selected 15th overall in the 2014 NFL Draft by the Pittsburgh Steelers. He was a 2013 First-Team All-American as a member of the Ohio State Buckeyes.

He was recruited by Ohio State out of Plantation High School in Florida.

On May 3, 2019, Shazier married Michelle Rodriguez. Shazier has a son from a previous relationship, and another son born in January 2019 to him and Rodriguez.

He played alongside cornerback Bradley Roby at Ohio State and both players were first-round NFL Draft picks in 2014.

Ryan Shazier Is A Member Of