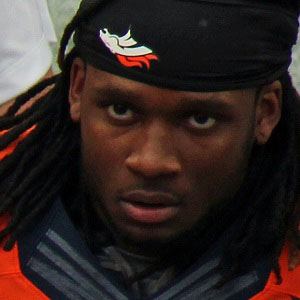 Cornerback who was selected 31st overall in the 2014 NFL Draft by the Denver Broncos. He won Super Bowl 50 with the team. He was a 2012 All-American with the Ohio State Buckeyes and was also a First-Team All-Big Ten selection in 2012 and 2013.

He was a star wide receiver, defensive back, and basketball player at Suwanne Peachtree Ridge High School in Georgia.

He was born in Fort Worth, Texas and attended high school in Georgia before playing college ball in Ohio.

He played at Ohio State under head coach Urban Meyer.

Bradley Roby Is A Member Of