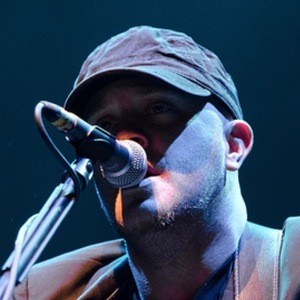 Irish singer-songwriter who is recognized for his hit singles "Jigsaw" and "Here and Now." He has albums such as, The Day You Live Forever and Walking In The Air. He is a member of the band Shiversaint.

He first began by playing the fiddle at the age of seven and left Ireland at 16 to perform with the Riverdance ensemble as a dancer. In 2004, he moved to Glasgow to form the band Shiversaint. In 2010 began his solo career with the release of his fit hit single "Jigsaw."

In November of 2011, he released a Christmas EP entitled Walking In The Air where he donated all sales to the Make-A-Wish Ireland foundation.

He was born and raised in County Monaghan, Ireland. He has a son.

He played a live set on The Late Late Show with Ryan Tubridy in January of 2011.

Ryan Sheridan Is A Member Of