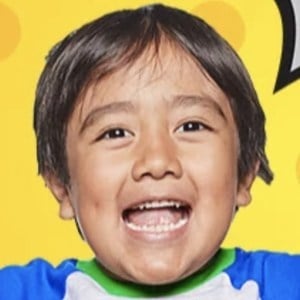 YouTube star who reviews various toys on his popular channel Ryan's World, which has earned over 30 million subscribers. He and his family signed a multi-platform deal with Pocket.watch in 2017 and starred in their own show on Nickelodeon called Ryan's Mystery Playdate in 2019.

The first video was uploaded to his channel in March of 2015, but didn't start steadily gaining subscribers until August. His YouTube channel was previously called RyanToysReview.

His most popular video, in which he receives a giant Lightning McQueen egg, has received over 400 million views. In 2018, his toy channel entered the Guinness Book of World Records. He began posting Roblox gameplay to his YouTube channel in 2020.

His real name is Ryan Kaji and he hails from Texas. He has twin sisters: Emma and Kate. His parents, Shion Kaji and Loann Kaji, are also featured on both his channel and show.

He and ToysAndMe have both become known for their toy review channels.

Ryan's World Is A Member Of