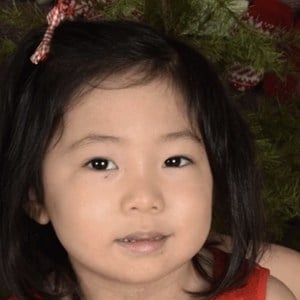 Famous for her appearances on the popular Ryan's Family Review YouTube channel. She has gained popularity as one of the younger twin sisters of RyanToysReview while appearing in her family's vlogging entries. She also appears on the Kaji Family channel.

She has frequently appeared with her mom and dad on her YouTube channel. Her identical twin sister's name is Kate.

She and Emily TwoSistersToyStyle are both popular toy reviewers on YouTube also famous for appearing with their families.

Emma Kaji Is A Member Of