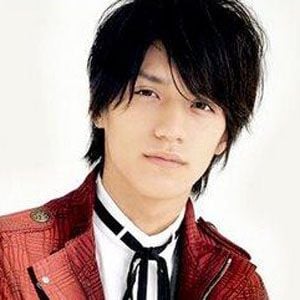 Best known for his membership in the all-male band Kanjani Eight, this Japanese vocalist also performed with a second Johnny & Associates-managed boy band called NEWS. Also an actor, he starred in the 2010 film Chonmage Pudding and appeared in a number of Japanese television series.

Early in his career, he acted in episodes of the TV shows Zenigetchū!! and Ganbatte Ikimasshoi.

His albums with Kanjani Eight include Puzzle, Fight, and 8 Uppers.

He was born in Japan's Hyogo Prefecture and raised in the Osaka Prefecture.

He and fellow Japanese entertainer Yamada Ryosuke both performed with NEWS and Kanjani Eight.

Ryo Nishikido Is A Member Of