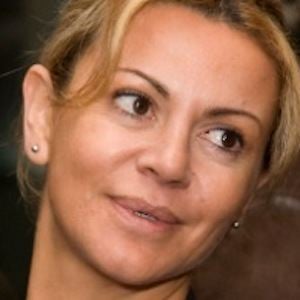 Prolific film and television actress most well known for her role as Eugénia Monforte in the telenovela Remédio Santo. She first became widely known as Iris in Saber Amar and went on to play Joana Almada Vilar in the 2006 series Fala-me de Amor.

She kicked off her career in 1994 playing various roles in the series Cabaret. Her first major telenovela role was in the 1996 show Roseira Brava.

Outside her acting credits, she has participated on the reality shows Dança Com as Estrelas and A Tua Cara Não Me é Estranha.

Her mother was a passionate actress but was unable to pursue it as a career. Her father, Carlos Lima, passed away in 2008. She has two children, Marta and António Parente Jr., with António Parente.

Rita Pereira joined her in the cast of the comedic crime drama Remédio Santo.

Sílvia Rizzo Is A Member Of