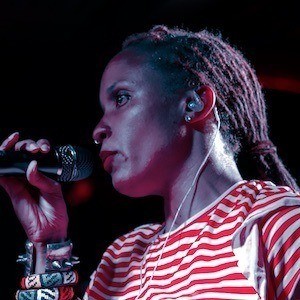 Rapper who, in 2016, became the second female artist to sign to the influential Rhymesayers label. She has earned acclaim for albums like Gift of the Magi (2015) and collaborated with big name artists like David Banner.

She studied with the theater program City of Peace while growing up in the Washington, D.C. era. She gave her first live performance in 2011, at a benefit for Mutulu Shakur.

She has toured with Brother Ali and was featured on the rapper's album All the Beauty in This Whole Life (2017).

Her real name is Assata Perkins.

She performed with Black Thought at the 2014 A3C Hip Hop Festival.

Sa-Roc Is A Member Of