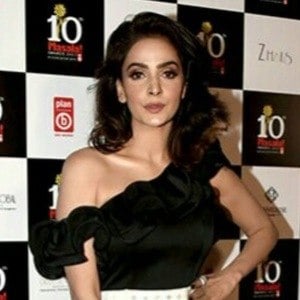 Pakistani model and actress best known for her work on the shows Tinkay and Tera Pyar Nahi Bhoole. Both of these roles have netted her PTV Awards for Best Actress.

Her first television role was in the drama Main Aurat Hoon in 2007.

She was born in Gujranwala, Pakistan, where she lived with her grandmother for much of her life.

She appeared opposite Ahsan Khan in the drama film Tera Pyar Nahi Bhoole.

Saba Qamar Is A Member Of