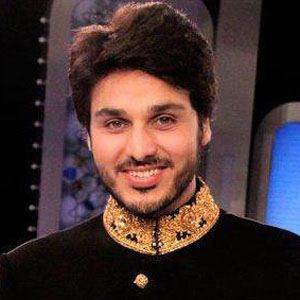 Pakistani actor most widely known for his work on TV dramas like Mehndi Walay Haath and in films like Ghar Kab Aao Gay. He is a multiple-time winner of the Platinum Jubilee Award for Best Actor.

He hosted the Lux Style Awards, held annually to honor the most stylish members of the Pakistani entertainment industry, in 2009.

He has been married and has several children. He has an identical twin brother.

He performed alongside singer and actress Mehwish Hayat at the inaugural Hum Awards in 2013.

Ahsan Khan Is A Member Of