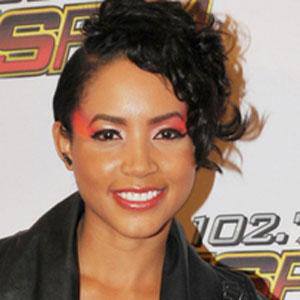 Former singer for The Bangz who released her own singles "Champagne" and "Where Do They Do That At?"

She formed The Bangz with partner Korttney Ann Elliott at the invitation of The Co-Stars production group. Their debut video on YouTube gathered almost one million views.

After her partner Elliot was serious injured by a stray drive-by bullet, Warner Brothers recast Sabi as a solo singer, building up buzz for her releases through the internet.

She was born Jenice Dena Portlock in Inglewood, California, the daughter of a Salvadoran mother and African American father.

Sabi Is A Member Of