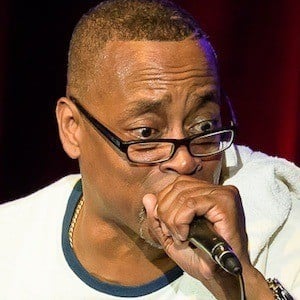 Rapper best known as a founding member of the seminal American alt-rap crew Brand Nubian. He is also an acclaimed solo artist who has released albums like Experience & Education (2005) and Never Left (2015).

He grew up in The Bronx, New York and formed Brand Nubian in 1989.

He has worked as an elementary school teacher and coached children's basketball in New Rochelle, New York.

His real name is Derek Murphy.

He found fame alongside Lord Jamar as a member of Brand Nubian.

Sadat X Is A Member Of