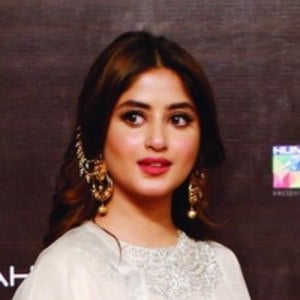 Model and star of several television serials and telefilms. Between 2011 and 2015, she averaged between five and seven serials to star in per year. She made her film debut in Zindagi Kitni Hasten Hay in 2016.

She first appeared on television screens in 2009 in a minor role for Nadaaniyaan before beginning to appear in serials regularly in 2011.

She has a sister named Saboor Ali who is also an actress and model. She married actor Ahad Raza Mir in March 2020.

She and Urwa Hocane were both featured in the 2012 serial Meri Ladli.

Sajal Ali Is A Member Of