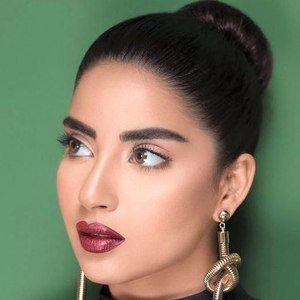 Most Popular#53444
Born in Lahore, Pakistan#24
Actress Born in Pakistan#21

Pakistani actress who rose to fame playing Sanara on the television serial Choti Si Kahani. She has since landed roles on series like Kitni Girhain Baqi Hain, Mr. Shamim and Bunty I Love You.

Her first television appearance came alongside her sister on the soap opera Mehmoodabad Ki Malkain.

She made her big screen debut in the romantic comedy Actor in Law in 2016.

Her sister is actress Sajal Ali.

She co-starred with Ayesha Khan on Choti Si Kahani.

Most Popular#53444
Born in Lahore, Pakistan#24
Actress Born in Pakistan#21

Saboor Ali Is A Member Of