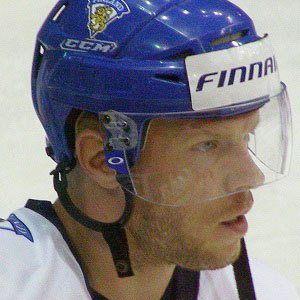 Former NHL center who served as both captain of the Montreal Canadiens and assistant captain of the Anaheim Ducks over the course of nearly two decades.

He began his career with Finland's Turun Palloseura ice hockey club. He joined the Montreal Candiens following the 1993 NHL Draft.

With the Finland Men's National Ice Hockey Team, he won gold at the 1995 World Championships and silver at the 2006 Olympic Games.

Born to Tuire and Jukka Koivu, he grew up in Turku, Finland. He married Hanna Koivu in 2002; they had a daughter named Ilona and a son named Aatos.

Saku Koivu Is A Member Of