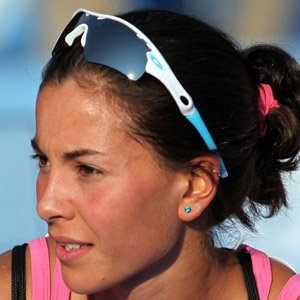 She was a successful youth triathlete, placing fifth at the 2003 European Youth Team Championships in her first ever ITU competition.

In 2009 she was ranked number 1 in the Spanish Elite triathlete rankings.

She was born and raised in Pontevedra, Spain.

She and fellow Spaniard Tamara Garrido became professional triathletes around the same time.

Saleta Castro Is A Member Of