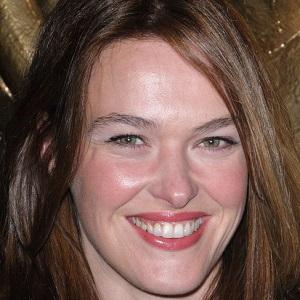 Known best for her role as Lucy on Not Going Out and Cat on Absolute Power, this British screen actress also had a career as a stage performer, playing the role of Goneril in a production of King Lear at the famous Shakespeare's Globe Theatre in London.

After studying at London's Central School of Speech and Drama, she taught acting classes at the Top Hat Stage and Screen School.

She was nominated for a 2002 Manchester Evening News Theatre Award for her role as Honey in the Library Theatre's production of the Edward Albee classic Who's Afraid of Virginia Woolf?

Born Sarah Emily Bretton, she grew up in Portsmouth, England.

She appeared in a small role alongside Sean Bean, Bob Hoskins, and Danny Dyer in the 2007 feature Outlaw.

Sally Bretton Is A Member Of

Death in Paradise
Not Going Out
41 Year Olds
TV Actresses