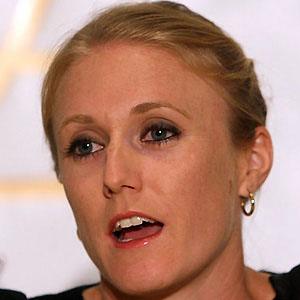 Australian hurdles champion who won the 100-metres hurdles gold at the 2012 London Olympics, and a silver medal at the 2008 Beijing games.

She was named the International Association of Athletics Federations Female Athlete of the Year in 2011.

She and Allyson Felix both took home track and field gold medals at the 2012 London games.

Sally Pearson Is A Member Of