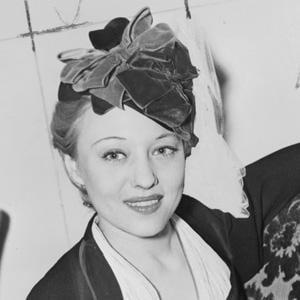 Burlesque performer and film actress known by the stage name of "Billie Beck." She was famous for her trademark "bubble dance" and "fan dance" and was the star of the 1933 Chicago World's Fair.

She began acting in professional stage productions when she was thirteen years old. Before moving to Hollywood, she worked for the Ringling Brothers Circus as an acrobat.

During her burlesque acts, she often adorned herself with ostrich feathers.

She grew up in Elkton, Missouri with a retired U.S. Army colonel for a father and a teacher for a mother.

She and Gypsy Rose Lee were both well-known burlesque dancers.

Sally Rand Is A Member Of