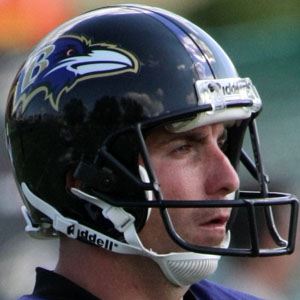 NFL punter who set franchise records for most punt yards, the longest distance, and highest average yards for the Baltimore Ravens.

He was picked by the Baltimore Ravens in the sixth round of the 2006 NFL Draft.

He was crucial to the the Ravens' run to the Super Bowl in 2013, winning his first ring with the team.

He had three children with his wife Nikki.

Sam Koch Is A Member Of