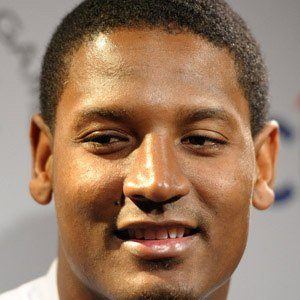 NFL tight end drafted by the Baltimore Ravens in 2010. He helped lead the team to a Super Bowl XLVII championship.

He attended the University of Oregon where he studied Family and Human Services.

He was named National Player of the Week by the Walter Camp Football Foundation in 2009 while he was in college.

He became teammates with quarterback Joe Flacco on the Ravens in 2010.

Ed Dickson Is A Member Of