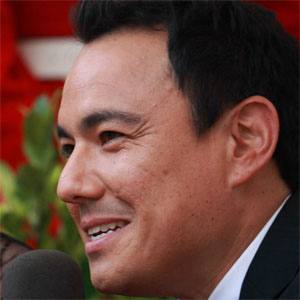 Known for hosting such Australian television programs as the sports-themed Santo, Sam and Ed's Cup Fever and the game show ADbc, he also presented the radio programs Summer Nights and The Rush Hour.

During his teenage years, he was an Australian rules football Under-19 player for the Collingwood Football Club.

He covered the 2012 Paralympic Games for the Australian ABC2 network.

He was born in Australia to a family of Chinese heritage. He married an Italian woman and he has a daughter named Sienna.

He and Jonathan Coleman both had successful careers as hosts of Australian television and radio programs.

Sam Pang Is A Member Of