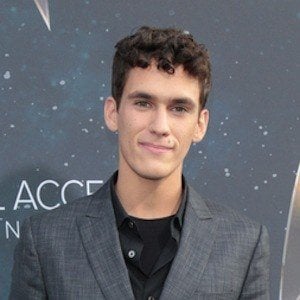 Actor who is famous for his role as Danby Connor on the CBS TV series Star Trek: Discovery. He debuted as a series regular in the role during the show's premiere season in 2017.

He began his career in on-camera acting with commercial work. He would go on to earn his first TV credit on The Following.

He guest starred in a 2017 episode of Bull. His casting on Star Trek: Discovery was announced in the Hollywood Reporter in February 2017.

He was originally born and raised in Queens, New York.

He has starred on Star Trek: Discovery alongside Jason Isaacs.

Sam Vartholomeos Is A Member Of