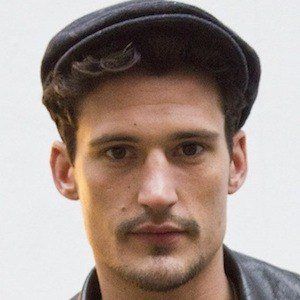 British model who has done work for Saks Fifth Avenue and 7 for All Mankind. He has appeared in GQ Australia and Client Magazine.

One of his earliest modeling jobs was for Vogue Italia in October 2010.

He was rumored to be romantically linked to Lindsay Lohan in 2010.

Sam Webb Is A Member Of