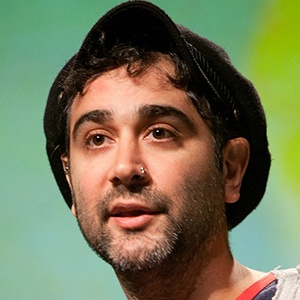 Journalist who is also the host, creator and Executive Producer of Voice of America's satirical television shows Parazit and OnTen.

He attended the University of Maryland where he received a degree in Communications with a Minor in Art.

He posted a photo of his mother to Instagram in March 2018.

He and Elon Musk have both given talks at SXSW.

Saman Arbabi Is A Member Of