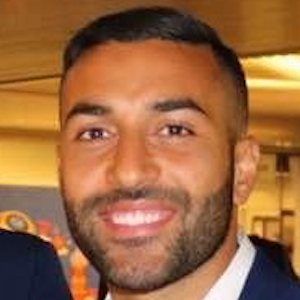 Midfielder and forward who has earned fame for his international club career, including for France's Ligue 1 club Amiens. He previously helped lead Östersunds FK to the Svenska Cupen title in 2017 after being named the Allsvenskan Attacker of the Year.

He began his soccer career in the youth academy of FC Malmö. He made his professional debut with IF Limhamn Bunkeflo in 2011.

He was named the Allsvenskan Player of the Month in July 2018. He has earned caps for Iran's senior national team.

His parents are of Iranian descent. He is fluent in Swedish, English, and Persian.

He and Stiven Mendoza have played as teammates for Amiens of France's Ligue 1.

Saman Ghoddos Is A Member Of