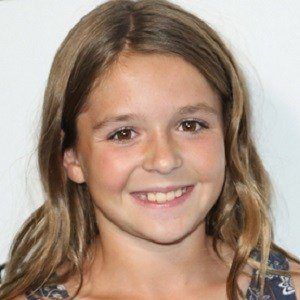 Female quarterback and running back from Utah who gained notoriety after her highlight video received over five million YouTube views in a week. She help found the Utah Girls Tackle Football League, the first American league of its kind, in 2015.

She first gained attention for her football skills when she was nine years old.

She won the Most Viral Player award at the Cartoon Network Hall of Game Awards. She has made media appearances on shows like Good Morning America.

The YouTube video which made her famous was uploaded by her father.

Samantha Gordon Is A Member Of