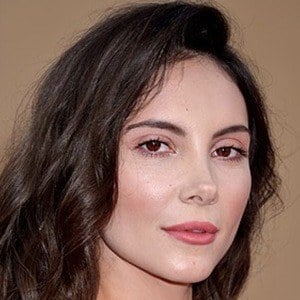 American actress whose role as Elaine in the 2016 indie cult hit The Love Witch made her a breakout star. She has also starred in films like 2014's Sugar Daddies and 2015's Labyrinths.

She moved to London at age 3 and studied at the London Academy of Music and Dramatic Art. She moved back to the United States at age 14.

Her performance in The Love Witch was singled out as one of 2016's best by publications like IndieWire and Village Voice.

Her parents are of English and Panamanian descent.

She appeared alongside Peter Strauss in Sugar Daddies.

Samantha Robinson Is A Member Of