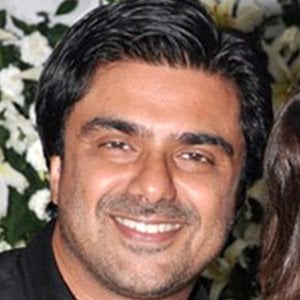 Film and television actor who rose to fame after landing a role in the 2003 feature Baghban. This role led to him landing leading parts in the films Basti and Kahan Ho Tum.

He made his professional acting debut on the TV series Samandar.

In 2010, he competed on the reality TV show Bigg Boss.

He married Neelam Kothari in 2011.

Both he and Shweta Tiwari competed on the 4th season of Bigg Boss.

Samir Soni Is A Member Of