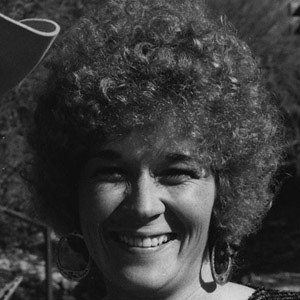 American country singer who released the 1971 hit song, "Help Me Make It Through the Night." She is considered one of the only female outlaw country music singers.

She dropped out of school when she was eleven years old and began to sing professionally in night clubs. She signed with Capitol Records after being heard by Johnny Cash.

She won a 1972 Grammy Award in the Best Female Country Vocal Performance category.

She married when she was fifteen years old and went on to have four children including Waylon Payne, an actor who starred in the 2005 film Walk the Line in the role of Jerry Lee Lewis.

She moved to Dallas, Texas in 1973 with longtime friend Willie Nelson to progress in the music industry.

Sammi Smith Is A Member Of