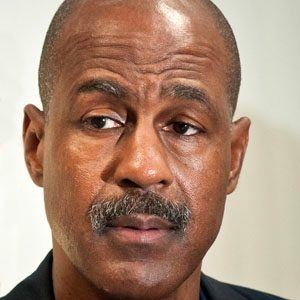 Former standout NFL wide receiver who was inducted into the Pro Football Hall of Fame in 2008. He was a 3-time Pro Bowl selection and retired after tallying 12,721 receiving yards and 68 touchdowns.

He honed his skills on the field while studying at Syracuse University.

He spent the bulk of his career with the Washington Redskins, helping the team win Super Bowls XVII, XXII, and XXVI.

He is originally from White Plains, New York.

He won his first Super Bowl playing alongside running back John Riggins on the Washington Redskins.

Art Monk Is A Member Of