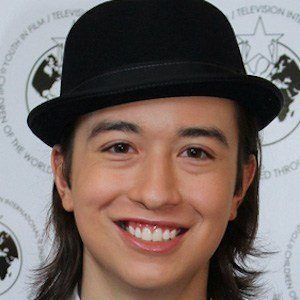 Actor known for his roles as Philbert on Level Up, Brandon on Spooksville, and Chet on Alcatraz.

His first onscreen appearance came in the 2000 TV movie The Christmas Secret.

His film appearances include Night at the Museum: Battle of the Smithsonian and Diary of a Wimpy Kid.

He grew up in Canada.

He appeared alongside Zachary Gordon in Diary of a Wimpy Kid.

Samuel Patrick Chu Is A Member Of