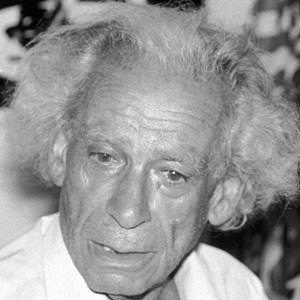 World War II veteran and former journalist who translated his experiences into the provocative 1960s films Shock Corridor and The Naked Kiss.

He dropped out of school at 13 to join the New York Evening Graphic, where by 17 he was already contributing stories.

His 1960s movies were broad critiques of the American culture with its attendant racism, fear of communism, and warmongering. They were rejected wholesale by critics.

He was born in Worcester, Massachusetts, to Eastern European immigrants who changed their family name to Fuller after settling in the U.S.

He was heralded by future generations of artistic directors like Martin Scorsese and Quentin Tarantino who acknowledged their debt to Fuller for paving the way for their unique visions.

Samuel Fuller Is A Member Of