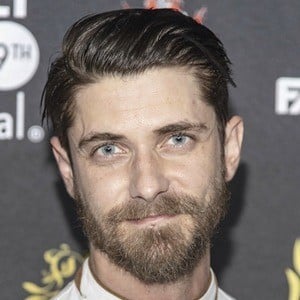 Most notable for landing the role of Greg Gerwitz on the NBC series Chicago P.D., he has played the same role in a couple episodes of Chicago Fire and was previously featured in the NBC soap opera Days of Our Lives.

He was a teenager when he discovered his passion for acting after being cast in a high school production of A View From The Bridge. He obtained a degree from the American Musical and Dramatic Academy.

He starred in a number of independent films before landing his role in Chicago P.D.

A Chicago native, he would move to Los Angeles, CA to study acting. He is the youngest of four siblings. His mother used to take him to see summer Shakespeare productions.

He is featured alongside Jason Beghe in Chicago P.D.

Samuel C. Hunt Is A Member Of