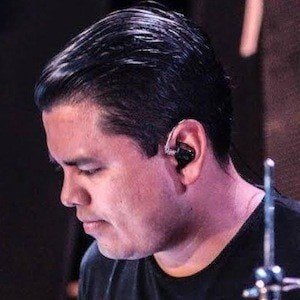 Drummer for the Christian band Miel San Marcos that became best known for their live recorded albums. The 2016 album Tu Habitación was their first to be recorded in a studio.

He co-founded the band with his brothers Luis and Josh with whom he performs in 2000.

His band has been the recipient of Dove, Arpa and Vision Music Awards. Their album Como En El Cielo debuted at #1 on iTunes Latino.

He is the youngest of the 3 brothers. They are from San Marcos, Guatemala.

Samuel Morales Is A Member Of