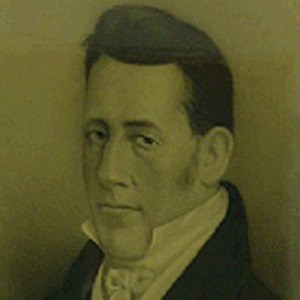 A member of the Federalist Party who served as Governor of Delaware from 1824 to 1827, and was in the Delaware General Assembly.

He was a member of St. Peter's Episcopal Church in Lewes, and grew up in a wealthy family due to his father's business.

As Governor he helped construct the Chesapeake and Delaware Canal and also worked as a merchant.

He married Elizabeth Rowland in 1796 and they had six children.

He was a Governor of Delaware like John Hunn.

Samuel Paynter Is A Member Of