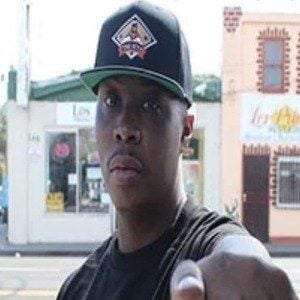 Famous for solo albums such as The Hustle Continues, I Give You My Word, and From a Boy to a Man, the rapper known as San Quinn is also notable for his work with the San Francisco rap collective Get Low Playaz.

When he was just twelve years old, he opened for Tupac Shakur at an Oakland, California club called Digital Underground. Three years later, he recorded a debut album titled Don't Cross Me.

In 2008, he and Keak da Sneak released a collaborative album titled Welcome to Scokland.

Born Quincy Brooks IV in Oakland, California, he spent the majority of his childhood in nearby San Francisco. He is a cousin of fellow rappers Ya Boy and Messy Marv.

Another of his cousins is San Francisco 49ers and Buffalo Bills wide receiver Steve Johnson.

San Quinn Is A Member Of