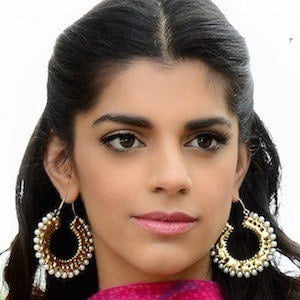 Actress and model who has appeared in such Pakistani television series as Daam, Mera Naseeb, and Kadoorat.

She began her modeling career at the age of sixteen and graduated from Bay View High School and L'Ecole College in Karachi, Pakistan.

She was born in London to a Muslim family and moved to Pakistan at age six. She married Farhan Hasan in 2015.

She co-starred with Fawad Khan in the serial Zindagi Gulzar Hai.

Sanam Saeed Is A Member Of